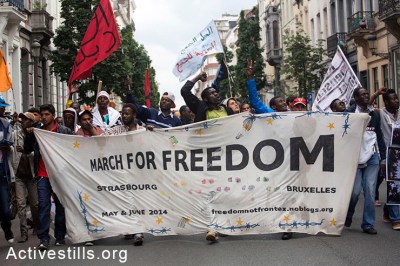 In 2014 the self organized protest march of refugees from Straßburg to Brüssel was crossing Luxemburg. There the activists from the “March for Freedom” made a demonstration in front of a meeting of EU-ministers. The protest was stop with brutal police violence. Now four years later six of the activists are accused and have to face sentences. Today we present you informations about the struggles and the trial.

The episode is in English & the interview in German and Arabic

Call for process monitoring proceedings in Luxembourg on 27.2.2018 against activists of the March for Freedom